By NH's Own Staff

Did you know that there are over 9.4 million milking cows in the United States and approximately 12,500 in New Hampshire? However, before the 1500s, the only bovines that grazed in the North American grasslands were the American Bison. Cows and cattle were imported by settlers beginning in the colonial era; they are not indigenous to North America.

Just like horses, cats, and dogs, there are many different breeds of cows. The six major dairy breeds are the Holstein, Guernsey, Jersey, Milking Shorthorn, Ayrshire, and Brown Swiss. Learn more about each breed below. 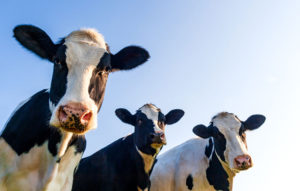 With clearly defined black and white markings, the Holstein cow is the most recognizable of any cow breed—even the cow emoji is a Holstein. In fact, over 90% of cows on U.S. dairy farms are Holsteins.  Their popularity is in large part due to their high milk production and enormous size—they weigh around 1,500 pounds and can produce up to 2,600 gallons of milk each year. The breed came to the U.S. from the Netherlands and northern Germany in the late 1800s. 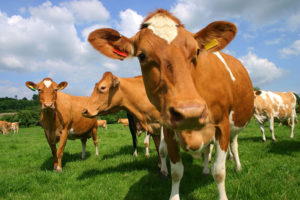 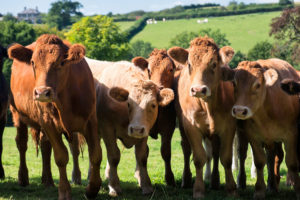 Jersey cows are second in popularity to the Holsteins and originated on the island of Jersey, which is off the coast of the British Isles. They are known for their beautiful fawn- and cream-colored coats, black muzzles, and long eyelashes. They are the smallest of all the dairy breeds—weighing in at around 900 pounds—but they mature quickly. Milk from Jersey cows tends to have higher butterfat and protein percentages, which makes their milk ideal for cheese and ice cream making. 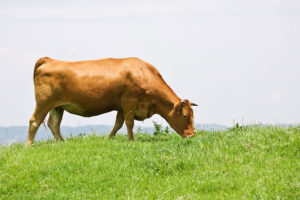 This versatile breed originated from Northeastern England and was brought to the U.S. in the 1780s. Many Shorthorn cows were dual-purpose—meaning they were used for both milk and meat. Early in the 1900s, the breed was formally split into two types, the Beef Shorthorn and the Milking Shorthorn, also known as the Heritage Shorthorn. Milking Shorthorns are either red, red and white, or roan colored. They are an average-sized breed; mature cows weigh approximately 1,250 pounds. 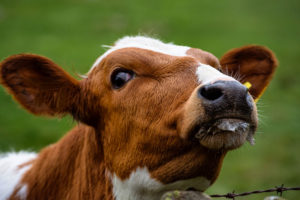 Ayrshires were brought to the U.S. in the 1820s. They are strong and robust cows with red and white markings. They are average-sized and grow to a mature weight of approximately 1,200 pounds. They originated in Ayrshire, Scotland and are popular in New England because the weather and landscape—rough, rocky pastures and cold, long winters—are hallmarks of both New England and Scotland. The breed is known for its foraging ability as well as its ability to produce large quantities of high-quality milk. 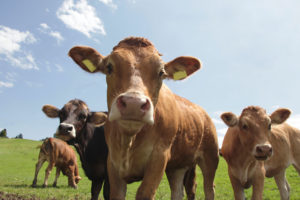 Many dairy historians consider the large-bodied Brown Swiss the oldest of the dairy breeds. Native to Switzerland, they were brought to the U.S. in 1869. They are solid brown in color and large-bodied—mature cows weigh 1,300 to 1,400 pounds and mature bulls weigh as much as 2,000 pounds. Brown Swiss are noted for their adaptability to different climates and are popular in Europe and the Middle East, as well as North and South America.

Cows aren’t just milk-producing robots with big eyes and a lazy demeanor; they are sentient beings with lives of their own. Learn more about these big-eyed, milk-producing bovines. 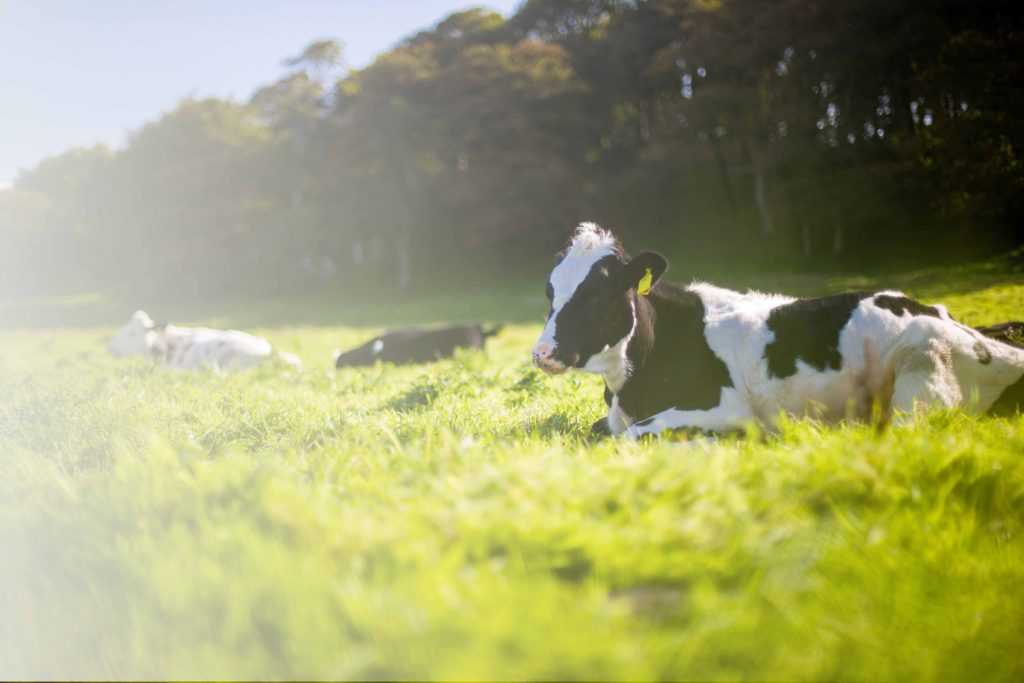 There are approximately 12,500 milking cows in New Hampshire. Find out more about the six major dairy breeds found in the Granite State: the Holstein, Guernsey, Jersey, Milking Shorthorn, Ayrshire, and Brown Swiss.

Ensure the success of New Hampshire’s rural, family-owned farms. Let your grocer know you want to purchase “New Hampshire’s Own” dairy. #Ask4NHDairy and join the moo-vement to support the local farmers that live and work in our community. Thank you for helping to save New Hampshire dairy farms.